Come and Worship With Us! 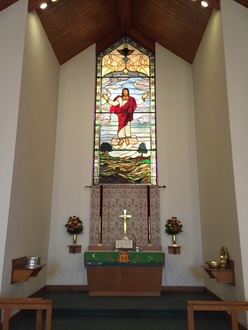 ​Newberry, SC was formed in 1785, primarily by German, Scotch –Irish, and English immigrants. The town was developed around three cotton mills (West End, Mollohon, and Oakland). Each area around the mill was settled as its own little village with its own churches, schools, and stores. The center of Newberry was “town” and the mill villages were communities around the town. The West End mill was the first mill to be constructed in Newberry. The church is located one block from the site of the West End Mill.

The mill is now gone. Mayer Memorial Lutheran Church was organized on October 25, 1899 with 25 charter members. The first church building cost $2,500 and was the gift of Dr. O.B. Mayer, Jr in memory of his father, Dr. O. B. Mayer, Sr, who was a well-respected physician in Newberry. On January 12, 1919, the church building burned down as a result of an accident with the furnace flue.

March 28, 1984 a series of tornadoes came across Newberry. Mayer Memorial was in the path of one of the tornadoes and sustained a direct hit. The tornado did $90,000 worth of damage. All of the windows were destroyed and the bell tower was damaged. Over 50 families from the congregation were impacted by the tornado as well. The stain glass picture of our Lord with his arms outstretched was still in place and had not sustained any damage.

During clean up, one member stated “I went to clean the pulpit, in spite of the forceful wind that passed through the building, the Bible was still opened to the passage that had been used the previous Sunday.” The Lord was with Newberry that day. Only one fatality occurred when it could have been many more.

Mayer Memorial remains debt free. She spends wisely and still shares with others through Manner House, Interfaith outreach, and missionaries.

After the mill closed, members died, and younger generations moved away, the membership declined, but remains active and faithful to the Word of God.

In or about 2009, after much decision and prayers, Mayer voted to leave the ELCA and join the NALC. 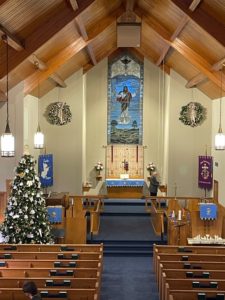 We believe in the Core Values of the NALC